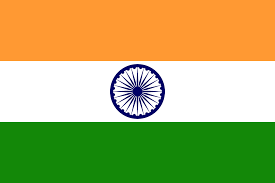 The word ‘rupee’ has been derived from the Sanskrit word rupyakam, meaning a silver coin. It owes its origin to rupiya, issued by Sher Shah Suri in 1540-45. Today, the Reserve Bank of India issues currency under the RBI Act 1934.

Early Coinage of India
India was one of the first issuers of coins, circa 6th Century BC, with the first documented coins being called ‘punch-marked’ coins because of the way they were manufactured. By the 12th century, a new currency referred to as Tanka was introduced. During the Mughal period, a unified monetary system was established and the silver Rupayya or Rupee was introduced. The states of pre-colonial India minted their coins with a similar design to the silver Rupee with variations depending on their region of origin.

Currency in British India
1825, British India adopted a silver standard system based on the Rupee and was used until the late 20th century. In 1866, financial establishments collapsed and control of paper money was shifted to the British government, with the presidency banks being dismantled a year later. That same year, the Victoria Portrait series of notes was issued in honor of Queen Victoria and remained in use for approximately 50 years.

The Modern Day Indian Rupee
After gaining its independence in 1947 and becoming a republic in 1950, India’s modern Rupee (INR) was changed back to the design of the signature coin.

In 2016, the Rs 500 and Rs 1,000 ceased to be legal tender in India. The removal of the denominations is an attempt to stop corruption and illegal cash holdings. In November of the same year, the Reserve Bank of India began issuing ₹ 2000 denomination banknotes in the Mahatma Gandhi (New) Series.