10 Best Jobs In The World 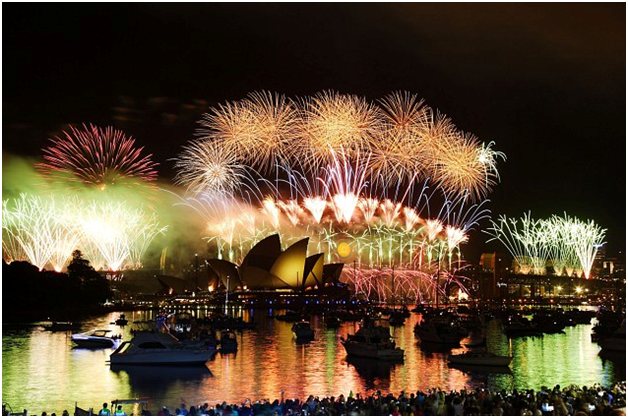 One should get up in the morning and be excited about the work he/she is going to do in the office rather than cursing Monday. A lucky few in this world do what they like to do- where their heart belongs, but the others are just stuck at their present jobs to be able to feed the family and oneself.
There are so many fun and exciting jobs in the world that many of us are unaware of. Every individual has a passion or a hobby that could be easily converted into a profession. Having said that let’s go through the top 10 best-most-fun jobs in the world –

Sounds strange?
But yes, this job’s all about chocolate. Chocolate consultants are first of all chocolate tasters that try new recipes. The only and main qualification for this job is to actually enjoy eating chocolate and a very steady blood sugar level.
But every job comes with its pros and cons. Smoking is strictly prohibited while at this job as it can distort one’s sense of taste.
In 2012, Britain’s chief chocolate taster, Angus Kennedy, who was earning close to $39,000 a year sampling Mars and Nestle treats ahead of production, had to quit his dream job because he had put on serious weight and his cholesterol levels were starting to threaten his health.

Playing games all day and getting paid for it? Bring it on!!
Unlike other entries on this list, this job is more widely available as gaming companies across the world always test new titles before releasing them.
Video game testers can work full-time at one of the many game development companies around the world or as freelancers.
Some insist that getting paid to play video games is the best job they’ve had, while others point out that being forced to replay the same section of a broken game level while finding and documenting glitches and exploits can be a soul-crushing experience.

Either way, in theory, this job is better than most. With this job, you can yawn as much as you want. You can even fall asleep, in fact, you have to because bed bouncing directors are paid to rate the softness and overall comfort of a bed. *Just give me my throw, please!*
There’s a catch though, you may not be able to get more than a nap because you have tens of thousands of beds to review every year.
The original bed bouncing director, Natalie Thomas of the Premier Inn Hotel chain tests about 46,000 beds every year. If that’s too much for you, some bouncing directors become testers for luxury beds and are paid to rate the most expensive mattresses around the globe.

Some people are actually paid to use water slides and go to water parks, as much as $34,000 a year.
The lucky few who have this job aren’t confined to a single waterpark either. They often travel the world testing the newest and most ingenious water slides ever designed.
Theoretically, this job has its dangers, but if there are any, they are minimal. Waterslide testers review slides that are already operational, ranking them not so much for safety but for their fun factor. Job availability may not be very high, but for thrill seekers, it’s well worth the wait.

The Australian Outback isn’t for the fainthearted. The vast arid interior of the country of kangaroos is a land of rough terrains- funnel web spiders, and deadly drop bears. But for adventurers, it’s a dream come true.
Outback adventurers protect wildlife, help the 690,000 strong local population and travel the area taking in the stunning sites. On top of the amazing new experiences, this job nets about $67,000 a year.

Some people in this world are actually paid to eat ice cream. Apart from spoonfuls of colorful delight, ice cream tasters bank in some serious cash. As much as $53,000 a year in fact, but ice cream tasters need more than eclectic taste buds and quality control skills. They need a Bachelors of Science degree in dairy science or food science. A degree in food!

By all accounts, ice cream tasting seems to be less dangerous than chocolate tasting, especially when you consider that the professional ice cream taster John Harrison has tasted, in his 30-year long career, about 60 different flavors every day for a total of about 200 million gallons of ice cream.
The fact that he is still alive would no doubt be a miracle if we didn’t know that he doesn’t actually ingest all of the ice cream he eats.

Lego is one of the most popular toys in the world. And then, the company in Denmark behind it wants to keep it that way, hence Lego sculptors.
Over the last couple of years, Lego has been publicly hiring Lego sculptors to play with the ubiquitous toys and come up with new designs that will amaze visitors to Legoland.
Attention to detail and being dexterous are here as job qualifications, and the pay isn’t all that bad either, which is about $10 an hour.

Throw in lots of parties, add some cool concerts and art exhibitions, sprinkle some sporting events, and you’ll still not have as much fun as a chief funster does. This is a unique one-of-a-kind job that the Australian Tourist Board created in 2014 to promote culture and tourism in New South Wales.
The chief funster goes to all of the above events and spreads the word about them on social media. After so much fun, it must be hard for a chief funster to sober down on words.

From private resorts in the Maldives to charming chateaus in Italy and France, luxury travel reviewers are on a perpetual holiday. It’s not just hotel rooms they have to review, they have to sample Michelin rated restaurants, cocktail bars, tea and coffee lounges, spa services, and all those wonderful activities that great hotels and resorts make available for their guests.
Everything from water sports to helicopter tours of amazing landscapes, all these are provided as long as they are willing to write about it. And, as long as they have a large enough reading audience. But, if you can get this job there’s not a dull day in the life of a luxury travel reviewer.
Now moving on to the No #1 in our category of best jobs, the job which everyone would want to do.

This job is often way better than house sitting. An owner of a private island hands you the key to a secluded resort before they fly back to civilization. A private island caretaker’s duties vary from island to island.
You may have to trim the coconut trees, feed the monkeys, and keep the beach pristine. But, in exchange, you get your own tropical paradise and lots of sunshine to bask in all by yourself.
Should you ever want to return to civilization, you’ll have the opportunity to spend the $45,000 the job can pay every year.